We all get landlocked from time to time, due to weather, work, or other unwelcome distractions from diving. And for diving liveaboards and holidays, you want something to do after the night dive and dinner is done. Enter the diving movie!

Diving has captured the imagination of filmmakers and audiences for decades, but dive films are hard to do well. The challenges of shooting footage underwater, combined with the very limited acting and all but non-existing speaking. Yep, we’re almost back to before the day of “talkies”, when silent films were all the rage. But some have done it well, and what follows are five of the best.

So stock up on these for your next liveaboard.

The original dive movie classic. A young couple on holiday in the Bahamas discovers both a treasure ship and illegal drugs making themselves the target of both rival treasure hunters and the drug smuggling cartel.

The storyline and the feel of the movie (and not least, the hairstyles) definitely show that this is a ‘70s film. Still, the underwater cinematography is great, and this film was one of the main ones that helped promote scuba diving to the mass public. This along with Thunderball and of course Jacques-Yves Cousteau’s TV shows. And the combination of underwater cinematography and Jacqueline Bisset in a wet, white T-shirt appeals to most (male) divers.

The fourth James Bond film is a wild story about a stolen fighter jet, a nuclear bomb, and a secret organization holding the world at ransom. It was also the most expensive James Bond film of the time and the most complex production.

Almost a remake of The Deep, this film tells the story of a group of young divers. Two expatriated American dive bums (Paul Walker and Jessica Alba) and their visiting friends (Scott Caan and Ashley Scott) looking for a fabled treasure ship in the Bahamas.

While diving, they stumble upon an airplane-wreck full of cocaine, bringing the wrath of the owners of the plane upon them.

The storyline is decent, but it’s the underwater scenes combined with Paul Walker in board shorts and Jessica Alba in a bikini that will keep divers of both genders entertained. Quite a lot of shark footage in this one as well, the majority of it using live, wild sharks.

James Cameron has a thing for the ocean, being an avid scuba diver himself and having dived to the bottom of the Mariana Trench as only the third person ever. In “The Abyss” he delves into this fascination full-on. A US nuclear submarine sinks near a massive underwater trench after encountering a mystical underwater entity.

A group of Navy SEALs are sent to investigate, using a newly developed deep-sea research platform as base of operations, with the two scientists who developed it tagging along. The underwater scenes are good, and it has some interesting thoughts on futuristic diving. The film’s quality is the way it revolves around man’s fascination with the deep water, something any diver can relate to.

OK, so maybe the divers are actually the bad guys here, but it’s still a great underwater film. And where many dive films focus on the danger of being underwater. Finding Nemo is one of those films that’ll make non-divers want to go in the water and not stay dry forever.

The people at Pixar spent months at aquariums studying various fish species to figure out the best character to superimpose on each. The result is nothing short of magical, from the paranoid clownfish Marvin to the 12-stepping great white shark Bruce (named for the prop shark from Spielberg’s “Jaws”) and to the feisty crabs. Watch this film, and you’ll never be able to look at marine life the same again. And the feel-good element is not to be ignored.

Which is your favorite dive movie? Leave a comment below!

The Big Blue, by Luc Besson should be on the list, I think. Well crafted and directed.

What about men of honor.. that’s got to be the best diving movie of all time. Finding nemo and into the blue don’t even compare.

No, but I’m gonna watch it, Sharkwaters! Thanks for your suggestions!

Well there is the “shark tale” is that the one you mean?

Have you seen Sharkwater by Rob Stewart? Well, it’s a documentary though.

I couldn’t agree more with Finding Nemo. Actually, there’s one other movie, also animated, with a title Shark or something. I kind of forgot…

Hi Chris, Thanks for the tip. I have to watch that one!

I think it would be more correct to say “in the eyes of *most* divers”
I love diving but Jaws was still a great movie in my eyes.
Just saying

Hi Danny, Sorry but I don’t agree. Jaws is one of the worst movies in the eyes of divers. I think it scares away more divers and the effect the movie had on humans view of sharks is devastation. I guess open water is more in the surface, and I think all divers worse nightmare.
I’m still on Nemo 🙂 it has a happy ending, but I guess we are all different. Thanks for commenting.

I’m on that as well. Thanks for commenting! 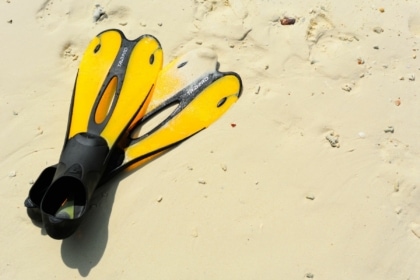 What is the Difference Between Scuba and Snorkeling Fins?