Our review team:
Hunter Bierce
Editor at DIVEIN.com
Hunter is a PSIA ski instructor based in the Northern Cascades.
Bradley Axmith
Editor at DIVEIN.com
Grew up shredding Canadian snowpacks and sold gear to pay for it.
Disclosure: We are reader supported, and earn affiliate commissions If you find a good deal on DIVEIN, you click to the retailer, and you buy the product, we get a commission of the sale. That's is how we pay ourselves. It does not make the product pricier for you. when you buy through us.

If we admired the Detect S above for its simplicity and elegant execution, the Salomon Arctic is the same concept taken to its logical extreme. A simple, aluminum pole, the Arctic is great for those who want a set of backup poles or need a solid budget option this season.

Despite a sizable 18mm diameter and above-average weight, they’re nothing to write home about in terms of durability. They’re also pretty sparse on features and their strap adjustment system (a cheap sliding buckle) is prone to slipping, leaving something to be desired. Shortcomings notwithstanding, you won’t find much better under the $50 dollar mark.

Ski poles are conceptually pretty simple, and this is a great example of a product that gives you everything you need and nothing more. That being said, they’re available in a few striking colors if you want to spice things up. It should also be noted that the Arctics, sized down, may also make a pretty good pair of park poles. 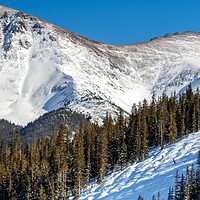 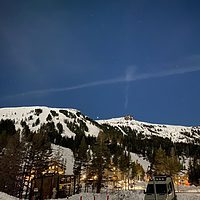 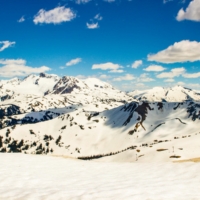 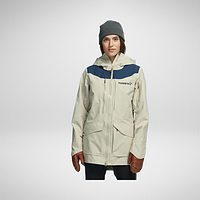