+ 1 more
About this guide

Our review team:
Hunter Bierce
Editor at DIVEIN.com
A multi-disciplinary athlete, Hunter is adept at trail running and technical camping.
Torben Lonne
Editor and Co-founder at DIVEIN.com
Torben traveled around South East Asia for scuba diving and almost didn’t come back. His affinity for gear that works and his generosity for guiding people on their own path match his energy as editor of all things travel-related.

When a trailblazing brand like Australia’s Sea to Summit decides to expand its creative energy into unexplored aspects of the industry, exciting things happen. This March, Sea to Summit announced their foray into the domain of technical backcountry tents.

The Alto and Telos tent series grapple head-on with issues central to lightweight, backcountry tents: interior space, variable climate considerations, and general versatility. While the Alto appeals to the technical and lightweight-minded, whereas the Telos provides a feature-rich and quality option for weekend warriors.

Paired with a Sea to Summit sleeping pad and bag like the Ascent AC1, you’ll have a bombproof and comfortable shelter for what’s shaping up to be a busy backpacking season.

As you can see, a lot is going into Sea to Summit’s new Tension Ridge lineup. Between the four different models, this series of tents should be on the radar of many different campers. The Telos TR3 reminds me a lot of the classic Half-Dome Tent with increased overhead space, while the Alto TR1 is just within the weight parameters for a lot of the ultralight community.

Regardless of your preferences, these tents all share Sea to Summit’s pioneering attitude, expressed through the features that we’ll be examining more closely here.

What actually is this “Tension Ridge” technology? Well, start by imagining the traditional dome-style tent that has dominated the backcountry over the last few decades. The rounded shape of the walls limits internal and overhead space and stifles ventilation potential.

Sea to Summit has effectively taken the central horizontal crossbar and flipped it upside down. Instead of arcing over the tent toward the ground, the overhead pole forks gently upward.

This gentle fork allows the mesh and rainfly to be tensioned upwards into small points. The Telos and Alto “hang” from these two points, and the rest of the tent is tensioned out to the edges like a normal tent. This design tweak allows the walls to stand up much straighter and greatly increases the amount of overhead space available inside the tent. The gentle upward curve above each door is vaguely reminiscent of a certain piece of Australian architecture (in Sydney).

We’ll talk more about each model’s weight later, but let it be known that there are definitely lighter tents in the size categories of each Telos and Alto model. However, the Tension Ridge Pole ensures that their space-to-weight ratio is unmatched.

See the complete list of the best Backpacking Tents here!

Undeniably one of the biggest draws to the Telos and Alto is their high degree of adaptability. The Alto and Telos have a total of five different configurations you can use to suit your needs and preferences. The Telos also has all of these and an additional “Hangout Mode.”

The freestanding rainfly allows you to set up a temporary overhead shelter. If rain puts you in a fix, you can set the rest of the tent up with the benefit of some protection, circumventing that old dilemma of needing to rush your setup and getting the inside of your tent wet.

You can also roll the fly back on either side once the tent is completely set up. You can stargaze under a clear night sky or get some more airflow if it’s exceptionally warm. Fortunately, it’s just as easy to batten down the hatches when ill weather rolls in unexpectedly.

Hangout Mode is another feature that gives these new Sea to Summit releases a huge edge on existing technology. It’s a way of tilting the freestanding rainfly back to form a super convenient structure. You can also use it as a way to escape the elements when you’re taking a break and need some space from the rain or sun. It’s also a much better alternative to cooking in your vestibule.

Review of:
Sea-to-Summit Telos and Alto

Every backpacker knows the little trick where you put a phone light or headlamp underneath your clear plastic Nalgene to make a quick camp lamp. Sea to Summit has improved on that concept and made it a bit more practical.

Paired with a headlamp, the pole bags for these tents double as a light bar that hangs within ample overhead space. While this isn’t a must-have feature for many folks, it’s a great example of the kind of detail-oriented research that went into the development of these tents.

Struggling with lighting and flailing around in the middle of the night in search of your headlamp are pretty universal experiences. The Lightbar, alongside the FairShare Storage System Sea to Summit’s way of showing they hear the cries of the backpacking community.

While there are many benefits to sharing a tent, it’s fair to say there are at least some complications. Chief among them is a limited number and unequal distribution of pockets and other storage units. The FairShare System is fully modular, meaning you can adjust for the number of campers in your tent, no more reaching across each other for your glasses or your headlamp. It’s a great way of making the extra internal space provided by the Tension Ridge stretch as far as possible and give you a little elbow room.

With the fully-outfitted Telos TR3 Alto TR1 at 4.75 lbs and just over 2 lbs respectively, Sea to Summit’s new tents are neither the lightest nor the heaviest of any category. They fall into a category with other Sea to Summit products such as their Ascent Ac1 sleeping bag we’ve characterized as “Luxury Lightweight.”

These Tension Ridge tents are still extremely competitive weight-wise, somewhere around the middle of the pack. The difference is that most competitor tents don’t come with as many features. For example, the Black Diamond Mega Light is a 4 person tent with less than a 3 lb pack-weight, but it doesn’t have a floor, let alone a modular storage system and light bar.

The Talos and Alto are more than light enough to match the weight standards of all but the stingiest of backpackers, with more to offer than most tents on the market.

Another benefit of Tension Ridge design is the ability to install a vent at the highest point of the tent. Sea to Summit is calling it Apex ventilation. This very intentional design facilitates cross-ventilation and allows natural airflow to keep things moving.

In addition to this “Apex Vent,” the Telos series also features a Baseline bottom vent. When these two work together, it allows warm, moisture-laden air to escape out of the tent’s top while a constant influx of cooler air is pulled in through the bottom.

It’s also worth mentioning that the more vertical walls of Tension Ridge Tents don’t hold onto condensed moisture. The steep pitch of the architecture allows any buildup to flow out of the tent’s top or slide down the walls toward the Baseline Vent.

With four different models, the new Tension Ridge series is sure to catch the eye of a wide range of outdoor enthusiasts.

The Alto TR1and TR2 should appeal to anyone who takes a light-and-fast approach to backpacking. We can see the Alto series appealing to solo hikers or couples who don’t want or need a ton of extra space but can’t compromise on the spartan accommodations afforded by most ultralight tents. Striking a fine balance between weight and comfort, we think the Alto would be a great choice for thru-hiking.

The Telos line is better for people who plan on splitting their time between car camping and backcountry travel. It should also be on the shortlist of anyone who needs extra space for friends or family. This tent very easily steps into the niche more traditional dome-style tents have dominated for decades. Features like the Lightbar and storage system smooth out many of the complications that come with sharing a tent, and the improved ventilation will make the entire experience much more enjoyable for everyone involved.

The Tension Ridge Tech that Sea to Summit has employed is a potentially massive development in the way that tents are built, no matter the style. At the very least, you should take a serious look at the line if you value features and functionality over purely saving weight.

Are Sea to Summit tents any good?

Sea to Summit Telos and Alto tents are built around the new Tension Ridge Pole technology. This new take on tent design maximizes interior overhead space and also makes ventilation much more efficient. Currently, there are 4 different tents with unique specifications and sleeping accommodations, but they share many of the additional features that are giving Sea to Summit a major edge this backpacking season.

For more on Sea to Summit tents, check out our in-depth look at the fresh Alto and Telos models.

What are the best backpacking tents?

The best backpacking tent for you is going to largely depend on what kind of travel you plan on doing, and your preferred style of hiking. While there are constant improvements and breakout developments in the industry, such as Sea to Summit’s new Tension Ridge tents, you can look just as much to dependable classics to rely on.

A few of our favorite backpacking tents:

What is the Tension Ridge Pole?

Where is Sea to Summit located?

Sea to Summit’s HQ is located in the place of its founding: Perth, Western Australia. Sea to Summit First conceived of by Roland Tyson as a response to the lack of affordable and available outdoor gear in Australia, the first Sea to Summit products were made labors of love wrought on an antique sewing machine. 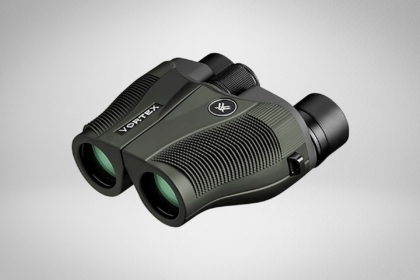