Essential Gear for the Beginning Kayaker

How do we test

Our review team:
Bill Bernhardt
Contributor at DIVEIN.com
Bill Bernhardt is an avid Greenland-style kayaker and a former BCU certified Inland Kayak Instructor.
Bradley Axmith
Editor at DIVEIN.com
Watersports-loving gear freak. Kayak tripping is his thing.
Disclosure: We are reader supported, and earn affiliate commissions If you find a good deal on DIVEIN, you click to the retailer, and you buy the product, we get a commission of the sale. That's is how we pay ourselves. It does not make the product pricier for you. when you buy through us.

Deciding to become a kayaker is a simple decision until you are confronted with the mind boggling myriad of kayak accessories from the large number of kayak outfitters in the market today and the need to choose the right gear for you. With such a wide variety of kayak accessories to choose from such as different types of paddles, personal flotation devices, spray skirts, dry tops, dry pants, dry suits, and footwear, it can seem like there is an endless number of accessories you need to purchase.

However, despite the fact that most of the available kayak accessories are useful items to have, it’s not necessary to have all of them. Consequently, the beginning kayaker can often get by with just the bare essentials until they can afford to purchase the additional gear that is part of what makes the sport of kayaking so fascinating.

Therefore, below you will find a short guide to essential kayak accessories for the beginning paddler as well as some additional safety items that you may never actually use but will be extremely glad to have along if you ever find yourself in an emergency situation while paddling.

GOT QUESTIONS ABOUT ESSENTIAL GEAR FOR KAYAKING? ASK US HERE!

In addition, you should also be aware that while some advanced paddlers do prefer Greenland style paddles due to their versatility, most novice paddles prefer European style paddles.

In addition, it is very important to choose the correct length of paddle for your height and the width of your kayak because choosing a paddle that is too short or too long will make your paddling adventures less enjoyable. Read more about it in our guide to choosing the right paddle.

In addition, they can also serve to keep both spray and waves as well as sun and wind out of your cockpit in addition to retaining heat inside of it. Thus, spray skirts can be used to keep your waist and legs dry as well as to regulate your temperature while paddling.

Furthermore, you should be aware that spray skirts are available in both nylon and neoprene or, in some cases, a combination of both. Also, while nylon spray skirts are cooler because they retain less body heat, neoprene spray skirts will keep you both warmer and drier.

Neoprene spray skirts on the other hand fit far more tightly around the cockpit rim and, because they are made from a waterproof, insulating, rubber, they are far drier and warmer than nylon spray skirts. Thus, while neoprene spray skirts will retain more heat inside of your cockpit, they will also exclude far more water from it if you capsize.

However, it should also be noted that while this type of PFD is comfortable to wear in the cooler months of the year, they are excessively hot to wear in the summer months. Thus, a viable alternative can be an inflatable PFD instead.

The MoveMent Dynamic Paddle Vest is one example of a lower profile, inflatable vest. The Eyson is another worth considering.

Although inflatable PFD’s generally cost a bit more than a vest type foam PFD’s, they are available in two different types. One features a horseshoe-shaped nylon tube with an inflatable bladder inside that wraps around either side of your neck and extends down your chest to your belly where it is secured with a nylon harness and plastic, quick-detach, buckles.

The other type features a small rectangular bag that you secure to the front your waist via a nylon strap and carabiner. Thus, due to their minimalist design, inflatable PFD’s are significantly cooler to wear than vest type foam PFD’s.

Thus, with a paddle float on board and placed in a convenient location, you can retrieve it while floating in the water beside your kayak and then slip it over one of your paddle’s blades. Then, you can slip the other paddle blade underneath your rear deck bungees behind your cockpit to form an outrigger that you can use to support yourself and prevent you kayak from rolling over while you climb back into the cockpit.

So, while kayakers who paddle sit-on-top kayaks do not have this problem due to the self-draining scupper holes that are usually molded into the bilge of sit-on-top kayaks, kayakers who paddle sit-inside kayaks do have this problem. Thus, all paddlers of sit-inside kayaks should install either a bulkhead-mounted foot pump or a hand operated deck pump. Or, you can purchase a separate, hand-operated, bilge pump and then carry it either on top of your forward or aft deck and secure it with your deck bungees or you can mount it inside of your cockpit between your knees on the underside of the deck.

In addition to the essential kayak accessories listed above, there are several additional safety items that, while not absolutely necessary, are nonetheless wise to bring along on all of your paddling adventures because you never know when you will unexpectedly find yourself in an emergency situation.

In addition, GPS receivers can also trace and display a paddler’s route and store that route in their memory. Thus, many paddlers choose to purchase a handheld, marine, GPS receiver to aid them in finding their way to their intended destination and then back again because it leaves them free to relax and enjoy their adventure without the need to worry about becoming lost or finding their way back to their launch point again.

Therefore, simply by deploying the transmitter’s antenna and then pressing two buttons simultaneously, PLB’s are designed to emit an electronic emergency beacon which is then transmitted to a series of search and rescue satellites that orbit the earth which then relay that beacon to the nearest emergency rescue personnel office.

Last, while some PLB’s only transmit an emergency beacon along with a general location, others are designed to transmit the user’s longitude and latitude to within a couple of feet in order to make it easier for rescue personnel to find you.

Thus, they can aid rescue personnel in pinpointing your location. Plus, they are convenient to carry, simple to use, and are universally recognized as a distress signal.

So, although you will undoubtedly be dazzled by all of the fascinating kayak and paddling accessories available on the market today and you may even be tempted to purchase many of them, it is important to remember that the only accessories you absolutely must have are a paddle, a spray skirt, and a PFD.

There is obviously a difference between calm, coastal waters and whitewater kayaking. There’s also much in between. In the end, common sense and awareness will inform you the best.

However, in the event that you accidentally capsize and are unable to roll upright, then having the means to reenter your kayak and then remove the water from your cockpit is also absolutely essential. In addition, having the means to contact other boaters or rescue personnel in the event of an emergency can be invaluable because doing cold very well means the difference between life and death.

Thus, while a paddle, a spray skirt, and a PFD may be the only kayak accessories you absolutely must have, having and carrying the other essential kayak accessories mentioned above will make your paddling adventures both safer and more enjoyable. 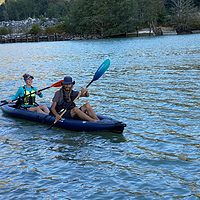 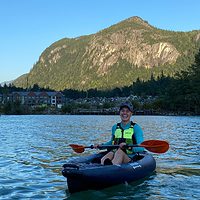 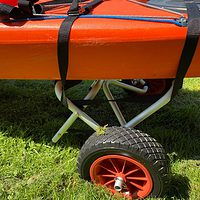 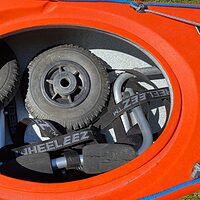 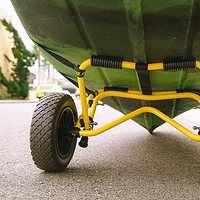 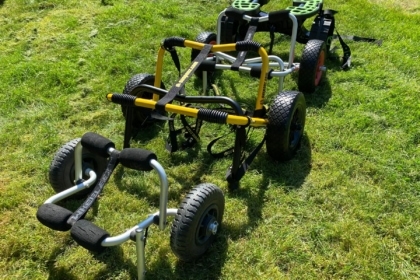