Why Diving Should Be Done Slowly

Most new divers are told the same thing when diving with more experienced buddies: slow down!

Most inexperienced divers swim too fast, and fidget too much under water.

The immediate result is that they consume too much air (ending the dive prematurely), scare off wildlife, and probably miss a lot of great sites in their effort to cover as much ground as possible.

But there’s another, more serious reason why diving should be done slowly: it may save you from decompression sickness(DCS).

Diving, decompression, and the role of physical strain

Swimming fast underwater is tough. Water is 800 times denser than air, so trying to move even at something close to walking speed would be highly taxing on the body’s respiratory and muscular system. So the faster we swim, the faster and deeper we’ll be breathing, to help our system push fresh oxygen to our hard-working cells.

Problem is it isn’t just oxygen that gets expedited at increased rates, its less well-liked cousin, nitrogen, also tags along. This means that our tissues are exposed to and absorbs greater amounts of nitrogen the harder we work underwater.

Know more What is Nitrogen Narcosis: Like Diving With Martinis

This leads to a greater level of nitrogen saturation in our tissues, which then needs to be released as we surface. And if the nitrogen absorption is too great, simply following normal dive tables or dive computers, and normal ascent rates, might not be enough to allow for the degassing of our tissues. The result is DCS on a dive well within the normal limits in terms of depth and time. So slowing down and taking it easy is a critical issue underwater.

But avoiding strain underwater isn’t the only element to this equation. Physical strain before and after diving may or may not be a contributing factor in DCS, though the exact details are still not completely researched .

Here’s Fitness And Diving: Getting Fit For Scuba Diving

A series of studies conducted by NASA (whose astronauts face the same challenges as divers, just in reverse; as they go up into and out of the atmosphere, pressure drops rapidly, putting them at risk of DCS) has shown that physical strain, such as that caused by vigorous exercise. Can form microbubbles in the bloodstream, similar to those we see upon decompression when we surface from a dive or go on an airplane.

Normally, these aren’t a problem, as they are simply dispelled through respiration. But if we add these exercise induced bubbles to those caused by diving, we might have a potential problem.

Divers relaxing on the boat between dives
Photo by: Ocean Image Photography

Exercise before diving seems to be fine, at least according to empirical evidence.

There’s only confirmed example of one diver suffering DCS as he surfaced from a dive, and having gone for a run the morning before the dive. Most likely, this was caused by dehydration, another thing that can increase the risk of DCS.

Exercise after diving is a bit more complicated, though. Several studies and a good share of diving accident reports point to physical strain after diving. Especially when our bodies are already to some extent exposed to microbubbles from the ascent can actually exacerbate them to the point of causing DCS.

This is also the reason why it is recommended to avoid physical strain after a deep dive, but instead letting others do the heavy lifting around the dive boat. It’s not just laziness it’s a safety precaution (this argument probably won’t work with your spouse, though).

Naturally, the problem is more pronounced after deep dives or technical dives.

However, other studies seems to indicate that exercise during degassing can speed up the process, meaning we should rid our system of nitrogen faster, contradicting the studies mentioned above. One explanation might be that exercise causes problems with degassing in some tissues, while helping others to degas faster. In any case, more research is needed.

Divers slowly ascend via a rope after a deep dive – Credit: attem

While the scientific jury is still out on exercise before and after diving, a general recommendation is to avoid intense exercise at least a few hours before a dive (and making sure to rehydrate following exercise), and six hours after a dive.

So remember, dive safe, and stay calm and relaxed, both before, during, and after a dive.

How do you keep the pace down? Do you have any great tricks to keeping it slow? Leave your comment below! 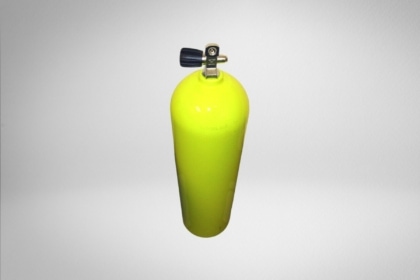 Why Diving Should Be Done Slowly