What is Fluorescence Night Diving

Torben Lonne
PADI instructor and Review Editor
Torben traveled around South East Asia for scuba diving and almost didn’t come back. His affinity for gear that works and his generosity for guiding people on their own path match his energy as editor of all things travel-related
Disclosure: We are reader supported, and earn affiliate commissions If you find a good deal on DIVEIN, you click to the retailer, and you buy the product, we get a commission of the sale. That's is how we pay ourselves. It does not make the product pricier for you. when you buy through us.

Fluorescent night dives (or “fluo diving” for short) are also known as “fluoro dives” or “glow dives”. It’s what happens when night diving with underwater torches that emit fluorescent light. They have grown increasingly popular in recent years because of the widespread appreciation of the nocturnal sea. More and more dive clubs offer fluo diving, and more and more vendors selling torches necessary equipment appear on the market.

A better understanding of the background and basics allows making more of this exhilarating experience. Some people say that fluo diving is like being in the movie “Avatar”.

Here you can experience the amazing Fluo Diving:

Why does this happen

Other sources of energy may also cause the same effect, such as for example high-speed electrons in cathode ray tubes.

This phenomenon not only occurs in living organisms but also in minerals.  “Fluorite” or “fluorspar” is the crystalized rock form of calcium fluoride and is also the mineral that gave this effect its name. When heated this material generates thermoluminescence, thus creating the “fluorite phosphorescent effect” we recognize as glow-in-the-dark.

Fluorescence should not be confused with phosphorescence that you know from your dive tech or glow-in-the-dark toys. Phosphorescence has the capability to store light, and re-emit it over a longer period of time, which is therefore not the same.

The phosphor coating on the inside of cathode ray tubes and fluorescent tubes (neon lamps) provides both fluorescence as well as phosphorescence (the familiar afterglow).

This is also why you will find an option “fluorescent light” under the white balance menu in your digital camera. This is not the correct setting for underwater fluorescence photography and filming, though! More on that in a later article on Fluorescence Night Diving!

Have you ever experienced Fluorescence Night Diving? What do you think about it? Leave a comment below! 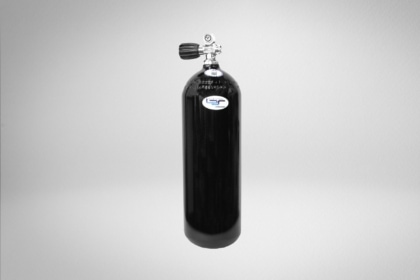 What is Fluorescence Night Diving