Do you go crazy for wreck diving like us?

Do you want unmatched wreck diving? Here are five of the best Wrecks you can dive! You might not agree with our list, but that’s okay, share your own list in the comments below!

Every time anyone denotes any dive site as being among the five or ten best, someone has a site that belongs there. And it’s probably rightfully so, as there are many more fantastic dive sites around the world than can be crammed into any list. They’re all fantastic for different reasons, making it hard to choose one over another. Be that as it may, the list below is intended to serve as a source of inspiration for scuba divers who love wreck diving. This list is partly based on where I’ve dived myself, and partly what I got on my bucket list!

Probably one of the most famous dive wrecks in the world it the the SS Thistlegorm. She was a British navy transport that was sunken by German bombers during the Second World War. It was later found in the 1960s by Jacques-Yves Cousteau. Read How to Dive the SS Thistlegorm from Sharm el Sheik, Egypt  Famous partly for its history, but not least for its cargo of firearms, trucks, motorcycles, jeeps, airplane parts, and trains (yes, trains). It offers a stunning bit of military history frozen in time at the bottom of the sea. Its long, open cargo holds lends itself well to penetration.

“The Mighty O” is one of the largest purpose-sunk wrecks in the sea, and has quite a bit of history behind her. She served the US armed forces since 1945, and saw action in all armed conflicts between then and her final decommissioning in 1976. In 2006, she was purposely sunk off the coast of Florida to create an artificial reef. https://youtu.be/LFU-g_1CVnk The main appeal of the wreck is sheer size. The Oriskany is a former aircraft carrier, and measures a whopping 888 foot in length, and more than 30,000 tons. The wreck was completely stripped of any hazards to divers (and to the environment), so penetration is safe for those with appropriate certification. The shallower parts of the vessel, which include the superstructure and the bridge, allow for recreational diving. Whereas penetration and diving along the deeper sections of the wreck are well into the technical parts of diving.

She was beached on the east coast of Bali after being hit by enemy fire in the Second World War’s Pacific Theatre. The Liberty wreck is now one of the most accessible wrecks in the world. In fact, you don’t even need a diving certificate to experience this one! After it beached near the town of Tulamben, its troubles weren’t over. A volcano eruption pushed it back out to sea, where it now rests at only a few meters of water at its shallowest point. Snorkelers can explore the top structure and survey the entire wreck from the surface, and divers can explore the deeper parts of the wreck. Visibility is usually good here, but there can be significant surf that you need to pass before descending. This may be a little challenging but remains a most rewarding wreck diving experience.

The small island nation of Malta probably has the most purpose-sunk wrecks in relation to its size. One of the newest is the German-built P29 Patrol Boat, which sits on about 30 meters of water off the coast of Cirkewwa. Sitting perfectly upright on her keel, the wreck sports good swim-throughs, an intact mast and communications tower, and even a .50 caliber machine gun on its aft deck!

Read about Diving in Malta

For wreck enthusiasts, there are two locations in the world that stand out, and that is Scapa Flow in the Scotland, and the Chuuk Lagoon in Micronesia. Both belong on a list of great wreck dives, but on this list, I’ll focus on Chuuk, if for no other reason than that with its warmer water, it is more accessible to divers. The lagoon served as a forward base for the Japanese navy during the Second World War (much the same way Pearl Harbor did for the Americans), and was attacked by US forces. Today, dozens of ship and plane wrecks are to be found in the lagoon, at depths ranging from the surface and down to tech depth.

We all have our won top list of dive sites? Which wrecks are on your top wreck diving list? 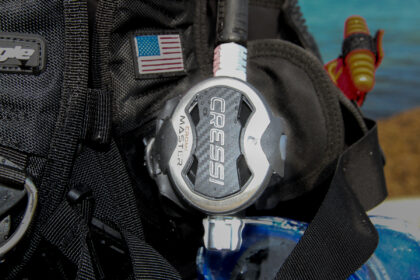