Torben Lonne
PADI instructor and Review Editor
Torben traveled around South East Asia for scuba diving and almost didn’t come back. His affinity for gear that works and his generosity for guiding people on their own path match his energy as editor of all things travel-related

It’s not often we see Shark Attacks, and it’s even rarer to see a shark attacking another shark.

However, according to the narrator in the video, you’ve just witnessed a Giant Great White shark attacking a smaller Great white shark

But is this a real Shark on Shark Attack?

As seen in the footage sharks are often very curious and rather calm, but when there’s bait in the water it’s of cause a completely different story.

See and judge for yourself:

First of all it seems to be the smaller shark coming from the left, which is attacking the bigger shark from the right.

Second, in my opinion this looks very much like two sharks going for the bait on the rope, at the same time – bad timing simply resulted in a fight over the food.

And therefore instead of biting the bait, the small shark decides to fight off the larger shark in a face to face attack.

This could very well be a result of Shark feeding, luring too many sharks into the area and having them fighting for the food.

How does the attack end?

It’s hard to say how the attack ends, but it looks like the bigger shark gets the upper hand in the fight. And it seems to be biting down on the side, right in front of the Pettoral fin, on the smaller shark.

It also looks like the Sharks holds this bite, as the smaller shark is flapping its Caudul fin quite a lot, in what seems to be a desperate fight to get away.

As the footage stops here we have no idea how it ends, but I would think the bigger shark would loosen its grip again and go for the easier bait, hanging at the surface.

A usual Shark and Seal encounter
Photo by: Sergey Uryadnikov

What do you think?

Is this a deliberate shark attack? Or is it a result of Shark Feeding, luring too many sharks into one area and leaving the sharks fighting over the food?

Tell us what you think about the Shark vs Shark video and Shark Feeding like this, in the comments below. 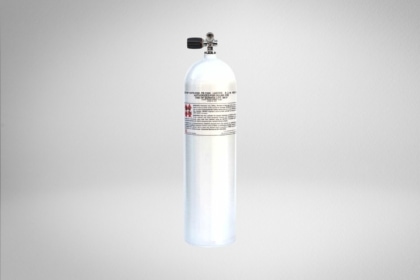 Living the Divemaster Life – Diary of a Divemistress