The Turtle Fin is made of classic design, wide, short, and made of natural rubber.

This makes for a powerful, no-bull fin, ideal for technical diving. A staple with technical divers and professional divers (including military and rescue divers) it’s a tried-and-true design, lacking in modern features such as bright colors and rocket-age design features.
The Turtle fins will not appeal to all, but has a strong following of die-hard fans.

The design is simplistic, to the point of being almost old-fashioned, but the merit of this is that it has been proven to work well. The short and wide design makes the fin ideal for penetration diving, in caves or wrecks.

The natural rubber generates good energy transfer, making it possible to generate a lot of force when kicking hard, and it enables the diver to swim very fast or to fight a strong current.

The fins feature a large foot pocket, which is popular with drysuit divers, as is their weight, which means that they can almost function as ankle weights.

The weight also speaks of their durability, which is very high, and with a pair of spring straps mounted (not included) the risk of equipment failure is very low. The compact shape also makes them easier to put on while seated in a crowded Zodiac. The Turtle Fin has many of the same merits of the Jetfins, another favorite of tech divers, but come a comparatively lower price.

The weight of the fins can put some people off them, especially if used for travel. And people with comparatively small feet might find the width of the foot pocket a problem.

The rubber material is different to work with than common fin materials making cramps a distinct possibility when getting used to them. This typically doesn’t last, though, once the legs’ muscles have adjusted. Once this happens, most users find that cramps are less common in Turtle Fins than in other fins.

Great fins for the diver who likes a simple tough fin without too many frills. If you’re the type of diver who likes the rocket science of fin angling, composite materials, and design elements such as splits and semi-splits, this is not the fin for you.

Weight conscious travelers might also want to consider a different fin, at least for travel purposes. But for a diver looking for a sturdy, powerful fin, and especially if doing penetration diving on a regular basis the Turtle Fin is hard to beat.

What kind of fins do you prefer? Leave a comment below! 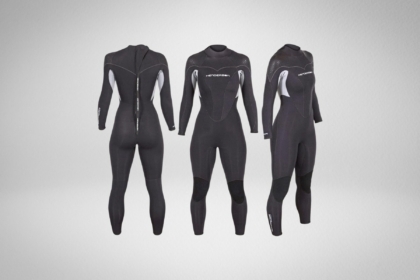 Scuba Diving with Sidemounts: What is it? 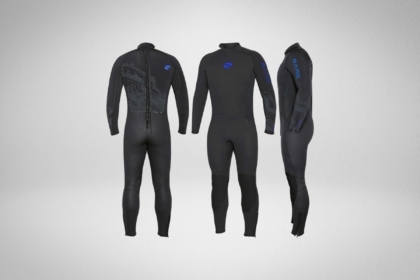