Diving, with all its adventure and excitement, is full of myths and misconceptions. In the following, we’ll take a look at a few of these, and see if they hold water. At DIVEIN.com, we don’t just tell the myths, we put them to the test!

As an instructor and lifelong diver, I hear many myths about diving, from students, from dive buddies, and from non-divers. I’ve collected the five myths I hear the most and a bit of fact about each.

Often, when non-divers (and even trained divers) refer to the cylinders we all strap to our backs, the term “oxygen tanks” are used. However, most cylinders contain ordinary surface air, which is only 21 percent oxygen and a whopping 78 percent nitrogen.

Pure oxygen becomes toxic at around 8-10 meters, so diving on oxygen would mean really shallow dives or really dangerous ones. Some divers use Nitrox, an enriched air type, where additional oxygen is added to the mix, but even these rarely go beyond 40 percent oxygen.

Myth #2: Divers get eaten by sharks

Sharks are many people’s worst fear underwater. But truth be told, sharks aren’t all that dangerous.

Less than 100 attacks occur every year, compared to hundreds of millions of sharks killed by humans. And very rarely are divers among those attacked by sharks.

Most sharks are completely benign, with only a few posing any risk to humans (see our shark series for info on sharks, including threat level to humans).

If you see a shark on a dive, you should consider yourself lucky, having experienced one of nature’s most astonishing creatures in real life. Just exercise a bit of good judgment, and you’ll be fine.

Myth #3: If you ascend too fast, you’ll explode like a meat balloon

Ascending too fast is dangerous, but not because you’ll explode. The real risk is bubbles forming in your blood due to stored nitrogen being released faster than your body can expel it. This is a condition known as decompression illness.

While there have been examples of tissue damage in old-fashioned helmet divers who have experienced a catastrophic drop in pressure from the air hose supplied from the surface ship (due to the hose being accidentally disconnected).

These incidents are very rare and include only helmet divers with old-fashioned (pre-1960s) gear, and only at depths exceeding 90 meters.

Myth #4: You can only dive in the tropics

This myth keeps a lot of people out of the water. Thinking that in anything but the tropical waters of Thailand, Egypt, or the Bahamas, there’s no point in diving in. And this is a real shame because there’s lots of great diving outside of tropics.

Any body of water that has seen substantial ocean travel is bound to have its fair share of wrecks, and while the marine life may not be quite as bountiful and colorful, it is no less interesting.

Diving with seals off of the European Atlantic coast? Sure. Dolphins in the Med? Gotcha. Penguins in Australia – Sounds good? Killer whales in Norway – Bring it on!

Of course, the water isn’t as warm so adjustments to exposure suits need to be made, but trust me, it’s worth it. My best dive ever was done within spitting distance of the Arctic Circle.

Ah, the ultimate dive myth, kept alive to no small degree by Navy SEAL wannabe’s who like to boast their toughness by showcasing how dangerous their activity of choice is. And yes, diving can be dangerous, and from time to time, lives are unfortunately lost.

But in most cases, these incidents include edge-of-the-envelope diving, such as an extreme cave or wreck exploration, or dives to extreme depths. And in many cases, bad judgment calls make the main cause.

Millions of people are certified divers and dive many times every year, and yet, the total accident rate, as documented by DAN and the BSAC who both publish annual incident reports, is very low.

It is even rarer that these incidents are fatal. Solid training and good judgment go a long way, as does diving with more experienced divers while you’re starting out.

Don’t let the myth keep you from diving

Don’t let myths hold you or anyone else back from the amazing world of SCUBA diving. Let’s all do what we can to expel these myths whenever we get the chance, so people can make an informed choice about exploring the underwater world.

Which myths have you heard or told? Share and let us destroy these myths once and for all! Leave the myth in a comment below!

I like that you mentioned how you should dive with experienced divers if you are a beginner. My uncle and I would like to go diving soon. We’ll make sure to go with someone who has a lot of experience.

“Ascending to quickly can lead to burst lungs, …” that, itself, is a myth. Embolisms do not cause lungs to burst.

You are confusing gas embolism with holding one’s breath while ascending. The latter will burst lungs, while a gas embolism—an air bubble within a blood vessel—will not.

What about the Great Lakes? The cold, clear waters of Tobermory, on the Bruce Peninsula of Ontario Canada, is a perfect place to dive on wrecks preserved by the cold. Also I’m kind of biased since I live 90 minutes from there and it’s where I have done 99% of all my dives.

That depends on your personal conditions. As a general rule you should talk with a doctor about scuba diving and asthma before doing any diving.
We have a guide about it here that you’d might be interested in: http://www.DIVEIN.com/guide/diving-with-asthma/

Is it true you can’t dive if you have asthma?

First of all, thanks for writing at DIVEIN.com

I think the thought that you will explode when you ascend too fast may be traced back in the example during our Open Water Certification course where a balloon explodes near the surface when ascending too fast.

Based on my experience, i have not heard of a diver’s body exploding due to rapid ascent. But i heard many reports of divers getting decompression sickness, lung expansion injury and embolism as a result of ascending too fast. The results of this mistakes are sometimes fatal.

So in order to get rid of this myth, ascend within the normal ascent rate which is 15 feet per minute.

Thank you very much.

Hi Kent,
Yes we heard of Air Embolism, and this is a very dangerous. The myth Thomas tried to get rid of were: “If you ascend too fast, you’ll explode like a meat balloon”
We are not saying that Air embolism, or DCS in general is a myth! It’s something every diver should take very serious and always accent slowly and safe.
Sorry if it was not clear and thanks for bringing it up it would be bad to start new myths in the process of getting rid of them!

Ever hear of Air Embolism? Ascending to quickly can lead to burst lungs, and possibly A stroke or heart attack. Not a myth. Ascend slowly and safely.

Myth 2 – Sharks: As we all know, sharks are fished-out by the thousands if not in millions worldwide by humans because of their fins. Encountering sharks during a dive is getting rare, not unless if you are diving in a shark infested area. So you should be lucky to see one during your dive.

As far as aggressive behavior is concerned, there are only a FEW species of sharks that poses a threat to divers. And in most cases of shark attacks, diver’s are mistaken for food. Same with other wildlife, sharks attack when they are provoked. So when you see a shark, DON’T PROVOKE IT, keep a safe distance and continue your dive as usual. Respect the shark and its territory since you are only a visitor underwater.

As for non-divers, they usually associate sharks with the movie JAWS. Try to think that it is just a movie and things maybe exaggerated.

Lastly, if the myth is true that divers are eaten by sharks, then why does diving continues to grow as a recreation and a profession. Just think it this way, there are more accidents in land were we live than there are shark attacks.

On the topic of oxygen: I think what we can do best is to educate and inform non-divers and divers alike (incase they forgot, or a sort of a refresher).

One thing i observe using and saying the term “oxygen or oxygen tanks” are kids. Based on my experience, this usually happens when we load or unload the tanks from the boat or vehicle and they just come near.

So why not spare a few minutes and share a bit of information to these young generations.

That is a great myth to bust! I started diving in a local community class, at a very young age, and haven’t stopped since! Thanks for sharing!

Diving is expensive. Myth. Lower cost classes can be found through ymca’s, local univ. night classes, or community organizations. The occassional diver can rent gear, and many locations offer beach dives with perfectly gorgeous reefs or sea life close by. In FL there are natural springs with clear water and rivers and inlets, some with manatees. I found hookah diving from a kayak to be inexpensive.

Exacly, let’s debug the myth so everyone gets it. Thanks, Ash.

Sharks are dangerous… 🙂 I’ve done many shark dives and I still got arms and legs.

Awesome article. The myths about sharks really needs to die – quickly.
Here in Belgium we had a lot of press on the problems in Sharm El Sheikh got a lot of attention and now many of my friends things that diving there is dangerous. It seems as an uphill battle to convince them otherwise.

Let’s get ride of the myths! It’s always oxygen tank, and you are breathing oxygen. Thanks for fighting the myths! 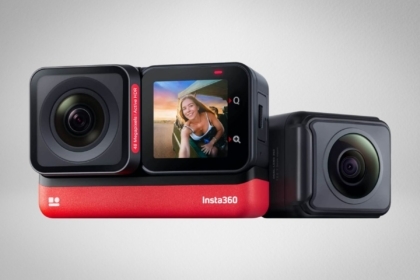