Dangers of Diving: The Things That’ll Kill Ya

Torben Lonne
PADI instructor and Review Editor
Torben traveled around South East Asia for scuba diving and almost didn’t come back. His affinity for gear that works and his generosity for guiding people on their own path match his energy as editor of all things travel-related
Disclosure: We are reader supported, and earn affiliate commissions If you find a good deal on DIVEIN, you click to the retailer, and you buy the product, we get a commission of the sale. That's is how we pay ourselves. It does not make the product pricier for you. when you buy through us.

What is the difference between “poisonous” and “venomous” marine animals?

My first encounter with a marine creature that could be labeled as “dangerous” was in Australia.

We were diving a shallow bay and our guide promised (or warned?) us that in the middle of the bay was a resident blue-ringed octopus, one of the most dangerous ocptopi out there.

It was the one from the James Bond movie “Octopus”, he told us. He even showed us a picture of a sandy-colored monster with bright blue rings, arms curled up in attack mode.

As we approached the middle of the bay, the anticipation gave way to nervousness. When would this monster suddenly appear in the murky water? I instinctively placed my ungloved hands in my armpits to protect them from sting of the octopus. Suddenly, our guide realed with excitement, and started pointing energetically at a spot in the sand. I looked. I saw nothing. He pointed again. I swam closer and looked, but still saw nothing. I went closer again, guiding by his pointing, and finally saw a tiny little octopus, almost indiscernible from the sand surrounding it. No behemoth, no arms curled up to attack, and no blue rings (turns out, the rings only appear with it is agitated, so maybe it was good they weren’t visible).

Here’s an interesting article about The Smart Octopus: Diving With Octopus.

I’ll admit a certain disappointment. But learning afterwards that the nerve poison that this little critter packs is enough to kill several grown men made it not a little impressive. Due to their diminutive size, people often get stung by these without realizing, and collapse before reaching the beach. It also started a fascination with dangerous marine animals that add to the dangers of diving, in particular those that are poisonous. Or venomous. Which is it again?

People often use the two terms “poisonous” and “venomous” interchangeable, which is incorrect. In fact, any animal that uses poison in some form, is often call poisonous. But the key is in how that poison is used and administered.

An animal that actively uses poison for attack or defense, in a bite, a sting, or a scratch, is considered poisonous. As they attack, to hunt or defend, they in some way administer a poison into their victims, which then maims, incapacitates, or kills the victim.

Poisonous animals usually produce the poison in a gland connecting with their delivery device.

Venomous animals, on the other hand, use their poison passively, and usually as a form of defense. While a poisonous animal can bite, sting or scratch you and thereby administer its poison, a venomous animal is poisonous in itself, and administers its poison when you touch or ingest the animal.

Venomous animals usually produce their venom in glands distributed through select organs, such as liver, kidneys, or skin.

Plant and mineral life can also be venomous, such as the fire coral.

So when you’re diving in areas where poisonous or venomous animals and plant life, what can you do to stay safe? First and foremost, consider wearing more insulation protection than you might otherwise choose. While it can be tempting to wear a shortie in tropical waters, a thin, full-body wetsuit will give you protection against any poisonous or venomous things you don’t notice, and might accidentally brush up against. Gloves also help.

Here’s Wetsuits: Why You Need To Buy Your Own

The best advice of course, is to simply not touch anything. This is a general bit of advice for scuba divers to avoid the dangers of diving: touch nothing, take only pictures, leave only bubbles. And keep your distance from the more aggressive of the animals. How do you know which ones to keep away from? Start by asking local divers. Or simply use the advice I got from my Australian guide: if it’s too pretty, too ugly, or too unafraid, give it a wide berth. 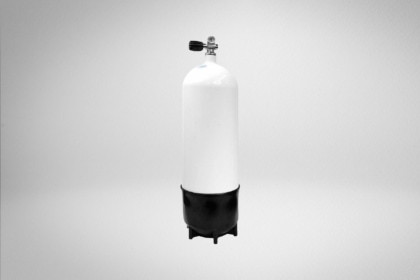 Dangers of Diving: The Things That’ll Kill Ya