Torben Lonne
Editor and Co-founder at DIVEIN.com
Torben traveled around South East Asia for scuba diving and almost didn’t come back. His affinity for gear that works and his generosity for guiding people on their own path match his energy as editor of all things travel-related.
Disclosure: We are reader supported, and earn affiliate commissions If you find a good deal on DIVEIN, you click to the retailer, and you buy the product, we get a commission of the sale. That's is how we pay ourselves. It does not make the product pricier for you. when you buy through us.

Explore the best that Phuket has to offer after your dives. Spectacular scenery, stunning tropical sunsets and warm blue sea await you at Asia’s most popular beach destination.

This fun island provides an unbeatable combination of perfect silky soft white palm-lined beaches. Patong is the main tourist beach that offers the craziness and nightlife only Thailand can provide. Kata and Karon are both more relaxing and the beaches are some of the nicest in Phuket.

Need help with where to stay in Phuket? Check our guide on some of the Coolest Luxury Hotels in Phuket, Thailand

Popular diving site in the Andaman Sea and a marine sanctuary. It is a limestone pinnacle located North-West of Shark point about 1 mile. It got its name from many beautiful anemones that thrive there. An abundance of colorful marine life is what makes this spot one of the top diving sites. You can expect to see Lionfish, Clownfish, turtles, reef sharks, leopard sharks and many more. Maximum depth goes up to 24 meters and is suitable for any diver`s level all year long. There is also a large shipwreck of a car ferry who struck the reef and got sunk there in 1997. visibility extends from 5 to 15 meters with slow to strong currents. High season is from November to April.

Island located one hour east of Phuket. This limestone rock that arises vertically from the sea has abundance of colorful sea life under its surface. The vertical limestone walls continue underwater with a sheer drop on the east side and a slightly gentler slope on the west side. Visibility can range from 5 to 25 meters with often strong currents, while maximum depth goes up to 33 meters. Fish such as Clown fish, Angelfish, Butterfly fish, sharks, sea turtles, horse fish and many more call this reef home. If you dive on the Eastern side you get to see two small caves. Site is available for diving all year long, however certain level of experience is recommended due to strong currents and waves. High season is from November to April.

Twin islands located off the southeast coast of Phuket. Renowned for their crystal clear blue and emerald waters these islands have been an almost exclusive paradise for divers for years. You can reach the islands by speedboat within half hour, while dive boats tend to travel 1/2 – 3 hours depending of the season. One of Phuket’s best kept secrets is the wonderful snorkeling at Koh Racha Yai. Perhaps due to the extra distance from Phuket or the Island’s lees familiar or attractive name means that there are significantly less visitors to this island than almost every other island around Phuket. The physical layout of Racha Yai offers places to snorkel no matter what time of year it is. Even on days when there are large waves, there will be a protected cove to snorkel in. Water clarity and visibility is some of the best in Phuket. The water has a turquoise color and has a lot of marine life. The depths range from a few meters and deeper. Most snorkeling is done from speedboats or from the shore in Batok Bay and Raya Bay. Walk across the island to less crowded Lah Bay, or to Kon Kare Bay. Racha Yai is Phuket’s best-known scuba diving site, with its sloping rocky reefs and its plentitude of solid coral forests. There is also Ter Bay where there is an exciting wreck in the depths of 25-35 meters. The area south Racha Yai, Racha Noi, is a haven for experienced divers as the depths are greater and the currents stronger. The overall topography is strikingly different from Racha Yai with huge granite boulders. The diving in Racha Noi compared to Racha Yai is definitely more challenging but the rewards are far greater.

Shark point is one of Phuket`s most popular diving sites, hence crowd is to be expected especially during high season from November to April. Site is the combination of three small reefs forming a unique structure of submerged limestone covered with corals. It is part of marine sanctuary most famed for leopard sharks often found on the sandy seas bottom. Extremely rich flora and fauna is what makes this place so unique. All kinds of tropical fish along with rays, sea turtles and sharks live here. Depth goes up to 30 meters and visibility from 2 to 25 meters. As the name suggests it a great place to dive with sharks. This dive site is more suited to experienced divers and can often be intimidating to beginner divers given the strong currents and rough seas.

When on Phuket you shouldn’t miss a trip to iconic Phi Phi islands – a true paradise on Earth!

Part of marine park located some 200 km northwest of Phuket in the Andaman sea. This solitary pinnacle is standing some 30 meters from the sea surface and it attracts waste marine life like snappers, Bannerfish, Lionfish, Triggerfish, barracudas, manta rays and whale sharks. It is usually accessed by diving boats during several day cruises, as it is too far off the coast to be reached by usual dive boats. There are speedboats that can go to Richelieu Rock as a daytrip or liveaboards. Richelieu Rock is part of the Surin National Marine Park and is closed from 15 May until 15 October each year. Although there are many sites in Thailand for diving with whale sharks, Richelieu Rock stands at the top of the list, which gather in great numbers especially from February to April.

Why Divers Should Bring a Jon Line 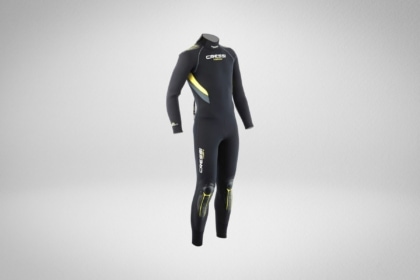