Boaters seeking a fast and economical bowrider should definitely check out the Stingray 198 LX. It might not be the biggest runabout on the market, but great things also come in small packages.

It boasts a very minimal interior design with your standard bow lounge seating, two swivelling bucket seats in the cockpit, a large aft seat and an equally large sunpad.

It also comes with an extended swim platform, two built-in coolers with drain and a Fusion stereo system. You’ll have to spring a little extra for a ski tow system.

It features a Z-Plane hull design with overlapping planes and a notched transom that minimizes drag by allowing the drive to be mounted higher. This combination rewards the 198 LX with high performance and plenty of speed.

Powered by a 220 horsepower MerCruiser 4.3L, the Stingray 198LX reaches a top speed of nearly 60 mph, which is not only impressive for a 4.3-liter engine but also quite economical.

See the complete list of the best Bowrider Boats here! 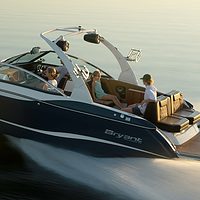 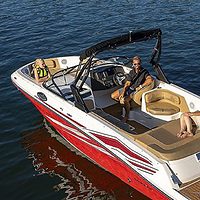 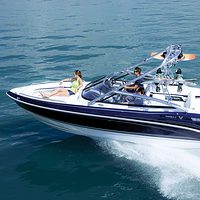 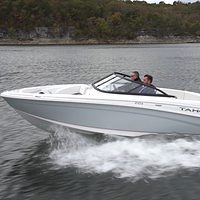 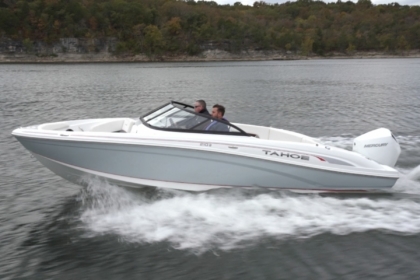 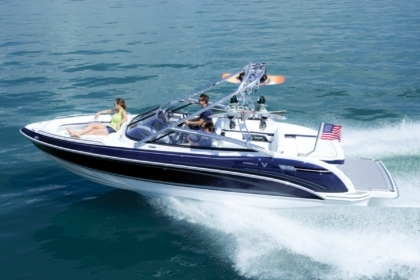 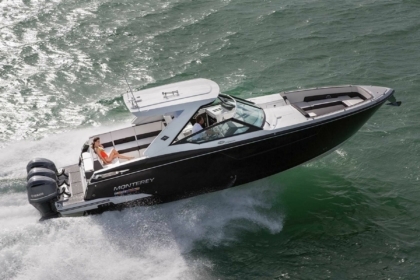