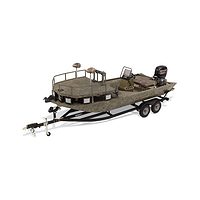 Created by Tracker as a bowfishing boat the Grizzly 2072 CC Sportsman is capable of being so much more. Would the average fisher find this Jon boat appealing? Certainly, as would sight-seers, gig-fishers, other hunters and boat aficionados.

See the complete list of the best Jon Boats here! 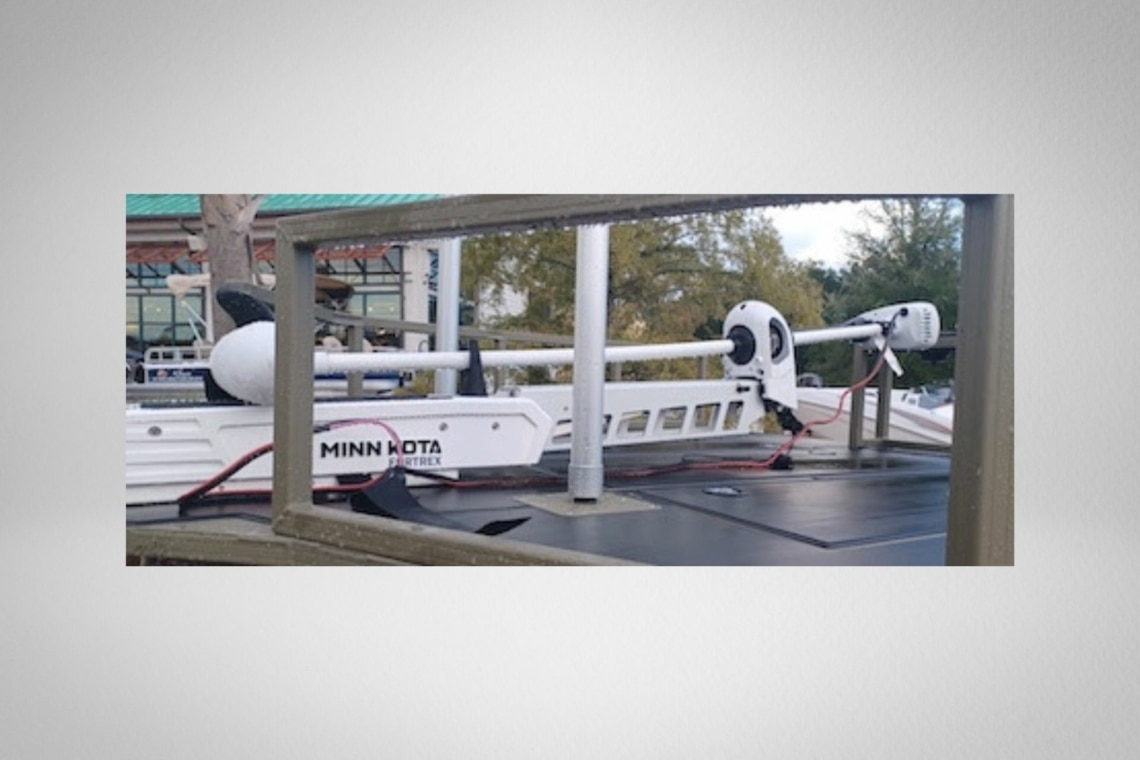 This boat comes absolutely packed with useful gear. Sold on a new trailer and equipped with both an outboard and trolling motor, the Grizzly 2072 CC Sportsman is ready to roll out the door and into the water immediately. Also included: numerous storage compartments, navigation lights, and spotlights in  a spacious design. 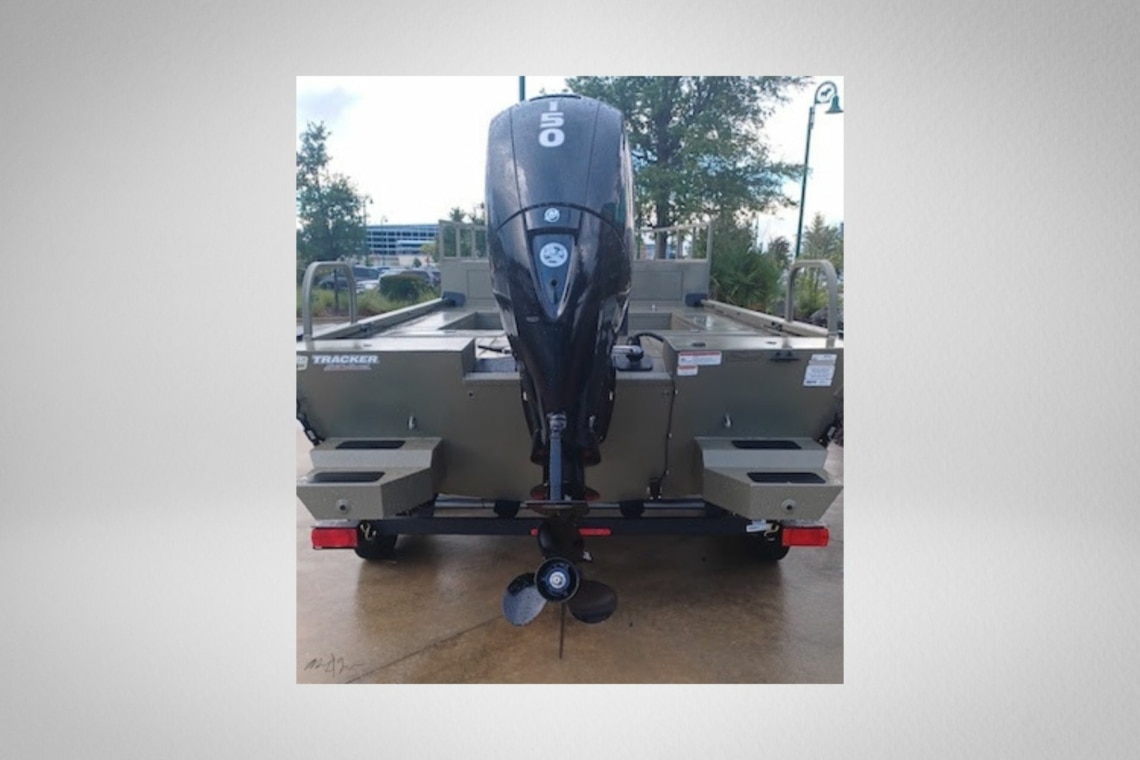 A Beast of a Bowfisher

With its impressive stature and crushing number of perks deceive you, the Grizzly 2072 CC Sportsman is nothing short of a monster. The whole boat is constructed of thick aluminum that’s been welded rather than riveted, which gives it a more solid hull able to withstand a lot of abuse.

It’s rated for an engine up to 150 hp. It’ll do alright with 60 horses–should the two stock options need replacing–but it’s best suited for at least 90 hp.

Tracker Marine designed the Grizzly with a console and a flip-up seat, fishfinder, radio, rod and cup holders galore, available seating on the deck, etc., etc. They didn’t seem to miss much, right down to lighting inside storage compartments. 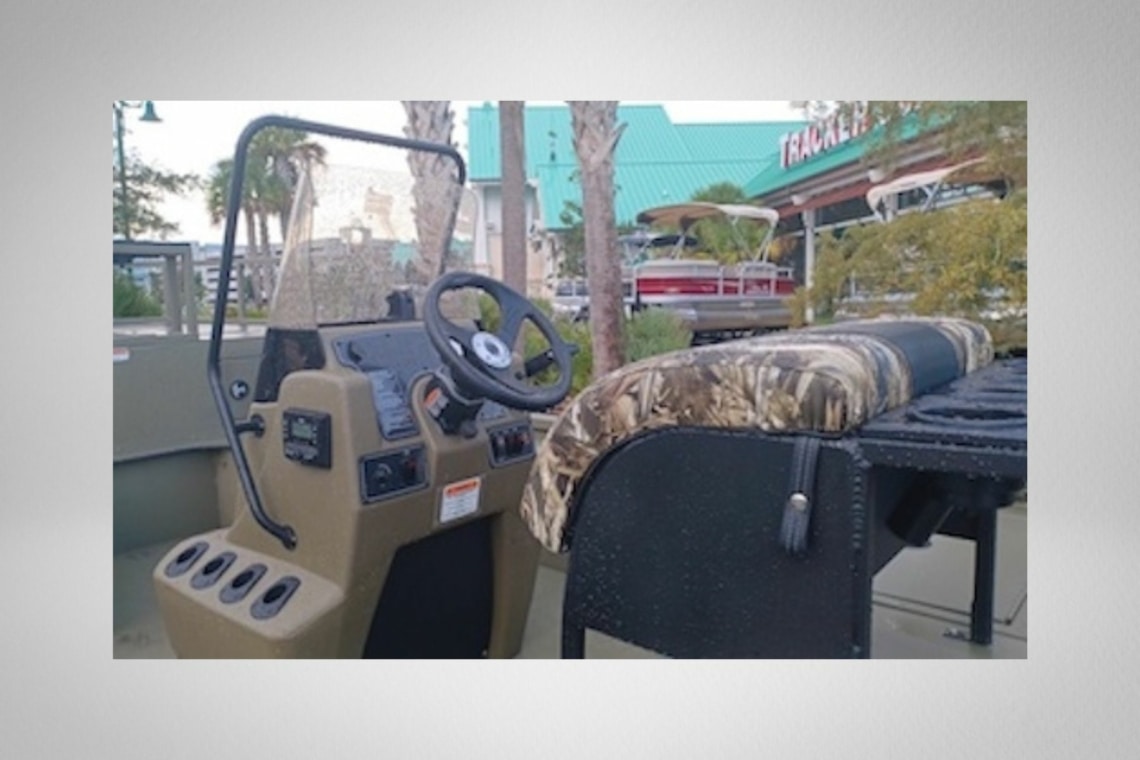 With either its stock 115 EXLPT FourStroke or the available 150 hp XL FourStroke outboards, the Grizzly 2072 CC Sportsman can easily plane and even do some water skiing.

But it’s not the most maneuverable boat, and for that reason, it’s not a ski boat.

The Grizzly 2072 CC Sportsman might look unsteady with its large front deck and underpinnings but the boat is carefully built and balanced. It’s flat bottomed, very wide at the beam versus its length and sits a little low in the water.

When properly outfitted with weight distributed accordingly this boat provides a very stable platform, whether moving or anchored.

Making sure gear is properly stored should be no problem in this boat. Compartments are located on the floor of the raised deck, the port and starboard sides, in the console and astern there are two coolers. Seeing your gear at night should also be a snap with 10 spots at the bow, two at the stern and strip lighting lining the interior.

And yet, for all its gusto the Grizzly 2072 CC Sportsman is not a speed or ski boat. It might have power, but its flat bottom and added deck make dangerous impediments to maneuvering adequately during such activities. Best to save the speed in this boat for point A to point B travel.

Thankfully, getting a new Grizzly 2072 CC Sportsman to the water is a breeze with a fit-to-size trailer included. This boat trailer is made for hauling with a tandem-axle, galvanized body, brakes on both sides, 13” wheels on radials and protected supports. They even throw in nylon tie-down straps. 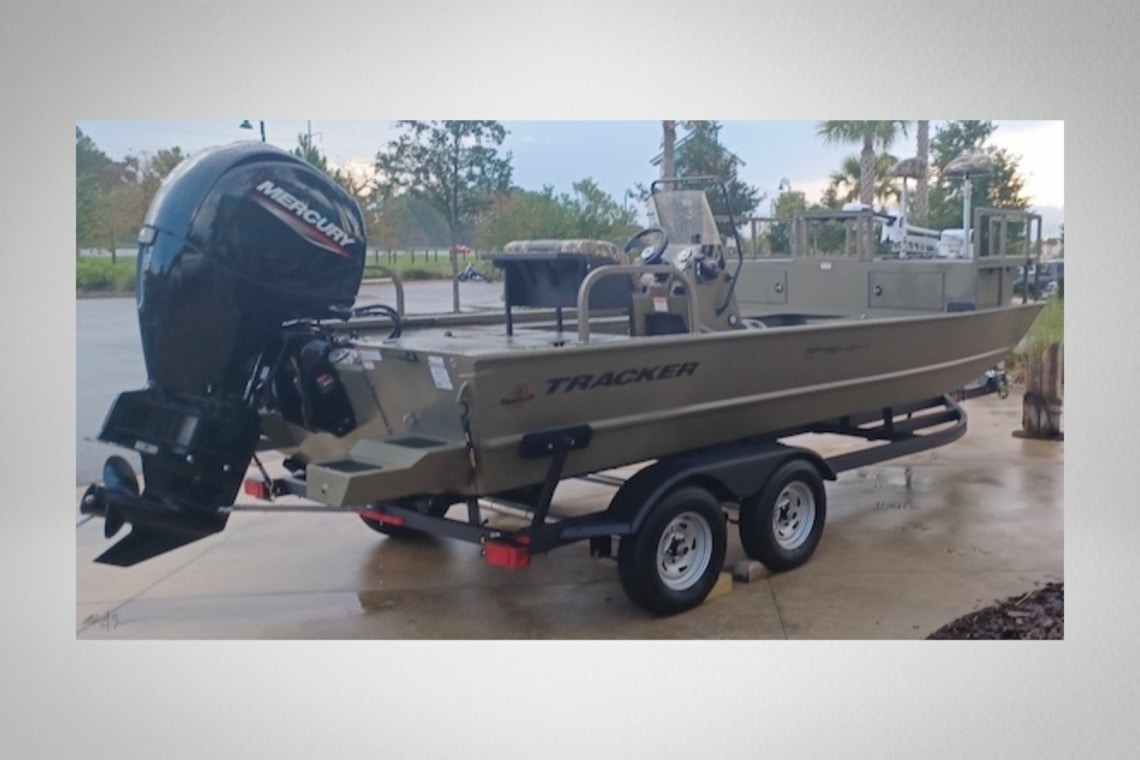 If this is the kind of boat you want and money is a secondary consideration, the Grizzly 2072 CC Sportsman is undoubtedly a wise choice. Considering the bundle, you are getting an immediate return on your money as there’s almost no need to spend money accessorizing.

Tracker Marine has provided plenty of reasons to buy the Grizzly 2072 CC Sportsman. They have also made the idea and need for an upgrade to a ‘better’ boat nearly moot. In the end, it would appear the only thing Tracker hasn’t provided with this boat is a truck to pull it. 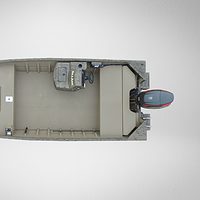